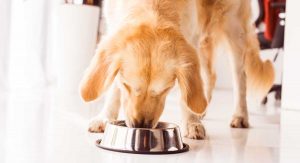 Grain free diets for dogs have recently become featured in the news. Between January 1, 2014 and April 30, 2019, the FDA received 524 reports of canine dilated cardiomyopathy (DCM). The total number of pets affected is much greater than 524, due to many households having more than one pet. The FDA is investigating a potential dietary link between DCM and dogs eating certain grain-free dog foods. The foods of concern are those containing legumes such as peas or lentils, other legume seeds, or potatoes listed as primary ingredients. The FDA began investigating this matter after it received reports of DCM in dogs that had been eating these diets for a period of months to years. DCM itself is not considered rare in dogs, but the reports are unusual because the disease occurred in breeds of dogs that are not typically prone to the disease.

Canine Heart Disease or Dilated Cardiomyopathy (DCM) is a type of canine heart disease that affects the heart muscle. The hearts of dogs with DCM have a decreased ability to pump blood, which often results in congestive heart failure. Some breeds, especially large and giant breeds, have a predisposition to DCM. These breeds include Doberman Pinschers, Great Danes, Newfoundlands, Irish Wolfhounds, and Saint Bernards. While DCM is less common in medium and small breeds, English and American Cocker Spaniels are also predisposed to this condition.

The reports submitted to the FDA of affected pets span a wide range of breeds, including many without a known genetic predisposition. When early reports from the veterinary cardiology community indicated that recently, atypical cases occurred in breeds like Golden Retrievers, Labrador Retrievers, Whippets, Bulldogs, and Shih Tzus all consistently ate grain alternatives in their diets, the FDA took notice.

In the FDA’s July 2019 update on diet and canine heart disease, they examined labels of dog food products reported in DCM cases to determine whether the foods were “grain-free” (defined as no corn, soy, wheat, rice, barley, or other grains), and whether the foods contained peas, lentils, chickpeas, beans, or potatoes (including sweet potatoes). Their report states that more than 90 percent of foods reported in DCM cases were grain-free, 93 percent of reported foods contained peas and/or lentils, and 42 percent contained potatoes/sweet potatoes.

At this point in time, there is no direct and proven link between DCM and grain-free diets, but dog owners should be aware and conscious of the warning issued by the FDA.

In the December 1 edition of the Journal of the American Veterinary Medical Association, Lisa M. Freeman, DVM, Ph.D., DACVN prompts that the issue is not just grain-free diets. She also suspects the “BEG” diets to be culprits. These include boutique companies, foods containing exotic ingredients, and grain-free diets. “The apparent link between BEG diets and DCM may be due to ingredients used to replace grains in grain-free diets, such as lentils or chickpeas, but also may be due to other common ingredients commonly found in BEG diets, such as exotic meats, vegetables, and fruits,” Freeman wrote. Freeman emphasizes that although there appears to be an association between DCM and BEG diets, the relationship has not yet been proven, but still practice caution in feeding BEG diets.

As a general rule of thumb, the best thing you can do for your dog is to contact your veterinarian. Feel free to contact Dr. Olsen at 618-656-5868 with any questions. 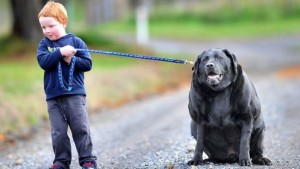 Do you know what 88.4 million dogs and cats have in common?  They are obese.  In a recent study, it was found that 53 percent of adult dogs and 55 percent of adult cats in the United States were classified as being overweight or obese by their veterinarians.  Many of these pets were not characterized by their owners as being obese.  So in simple terms, fat pets are the new normal in pet ownership.

Even though they may be cute, being overweight may be detrimental to your pets health.  These extra pounds can put the pets at risk to other disorders such as painful arthritis, heart disease, breathing difficulty, diabetes and even bladder cancer.  Obesity not only affects your pets health but also their quality of life.

Certain pets are more likely to be obese.  These factors include but are not limited to:

An owner can assess their pets’ weight at home and contact your veterinarian if you think that you have a problem.  To do this, I would suggest the following.

The most effective way to achieve a healthy weight is to combine increased exercise with changes in your pet’s food or nutrition program.  An exercise program should include walking your dog at a constant pace to help burn calories.  The program should also include encouraging it to play in the yard or at home.  Tossing a frisbee or a ball can also help burn excess calories.  It is important to remember that when starting an exercise program, make sure that you ease into exercise.  Because an overweight pet is more prone to injury.

A proper diet is essential for your pets overall health and well-being.  Balanced nutrition is an important part of an active, healthy lifestyle.  A low fat and low calorie diet is essential in helping your pet lose weight and stay fit.  Fiber is also an important ingredient since it helps your dog eat less while keeping full.  It is important to avoid table scraps and make sure that you account for the treats when considering how much to feed your pet during meals.

Weight loss is important, and your veterinarian is a good place to start.  If your pet is obese, a veterinarian can help rule out ailments that can cause obesity and give you advice what foods might be best for your pet.  Monitoring its weight loss is also important.  A dog should typically lose about 1 pound per month, so monthly weigh-ins will help determine if the program is working for it.

Most things are easier said than done, but that doesn’t always need to be the case.  Remember that you are your pet’s will power and are in control of its health.  Allowing it to become obese is detrimental, and we know that you don’t want your pet leaving your side any sooner that it needs to.  Maintaining a healthy weight is essential to maintaining a long, healthy life.  With time and effort on your pet, it will be happier and healthier than ever.