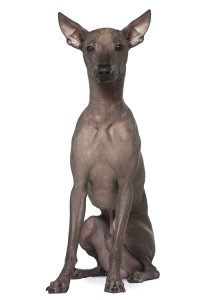 The Peruvian Inca Orchid is not a flower, but a hairless sighthound that developed in Peru. The breed can be hairless or coated and can be found in a range of sizes. These dogs are good hunters and do well in agility. In the hairless variety, the skin can be of any color. The coated variety features all colors as well including black, brown, pink, tan, and white. On a sunny day, Peruvian Inca Orchids require sunscreen because of their exposed skin.

The ancient history of the Peruvian Inca Orchid can be told through pottery and textiles. The breed first appeared in Moche pottery in 750 AD. The Chancay people used the dogs as companions, and certain pottery even depicts them in sweaters. The Chimu considered them good luck and used the dogs’ warmth for the treatment of arthritis and respiratory conditions.

The original hairless dogs were small companion animals, but when Peru was conquered by the Conquistadors, the small dogs were interbred with the dogs of the foreigners and over the years, three distinct sizes developed. In the mountainous regions, the Andean people protected the dogs, but the breed did not fare well in the cities along the coast. There, the hairless dogs were considered diseased and were often exterminated.

In 1966, an American, Jack Walklin, visited Peru and brought eight dogs back to the US. He is believed to be the one to have named the breed the Peruvian Inca Orchid and the breed was established under that name in the US and Europe. In 2001, Peru declared the breed a National Patrimony and the dogs are now protected in Peru.